In 2007, the club officially revealed their new colors and crest shown right. The club’s new primary colour is a striking burgundy as showcased by their new uniform of a burgundy jersey, white shorts, and burgundy socks. The new crest retains the Rocky Mountain Range but places it on a stylised shield with the year of the club’s creation.

At the same time the club also announced a partnership with English super club Arsenal to trade players, coaches, build the Arsenal brand in the US, improve the quality of football at MLS team Colorado Rapids and support grassroots football in the US.

The club’s former primary club logo / crest (shown below) was designed to reflect the natural beauty of the US state of Colorado.

The Rapids’ home of Denver, Colorado, is in the foothills of America’s Rocky Mountain Range, whose huge mountains serve as USA’s continental divide. Water falling on the east side of the mountains flows to the Atlantic Ocean, while rain that falls on the west side flows to the Pacific Ocean.

The Rapids’ primary logo / crest displays the rushing rapids of high mountains from where the club name is derived. This crest reflects the ‘Class V’ rapids that are found in Colorado and whose natural traits such as fluidity, unstoppability and “black and blue” characteristics are said also to be found in the Colorado Rapids team itself!

When it was announced, in 1995, that a Major League Soccer club was to be based in Colorado, the locals were given the chance to choose a name for the team. Out of a variety of options, the people of Colorado chose the name ‘Rapids’, and from this the primary logo was created in time for the club’s inaugural season of 1996 (as one of the charter members of the MLS).

A secondary Rapids’ logo / crest (left) was created at a later date for use on club uniforms.

Thanks to Kieran Cain, Director of Community Relations at Colorado Rapids SC, for the above crests and information.

Jobs by Sport Jobs by Position Jobs by League Jobs by Location Jobs in Entertainment More Resources Copyright © 2000-2020 Work In Sports L.L.C. All Rights Reserved. Please read our Terms of Use and Privacy Policy . Source 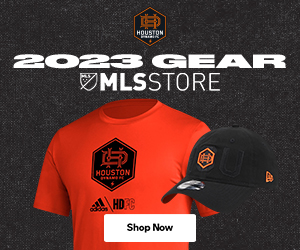