The Dynamo open La Copita – dubbed “The Best Little Tournament in Texas” – in the state capital against Austin FC at 3 p.m. CT on April 3. Houston will welcome the first guest of the tournament, OKC Energy, at 12:00 p.m. on April 6 at Aveva Stadium. Houston will close the tournament against FC Dallas at 4 p.m. CT on April 10 at BBVA Stadium. The Dynamo will face OKC Energy due to a scheduling conflict for FC San Antonio; however, the points from the match will be counted toward San Antonio’s total for the tournament.

“Organizing this preseason tournament with Austin, Dallas and San Antonio, provides each of our clubs and fans strong competition in the state of Texas as we prepare for the season,” said Dynamo Senior Vice President and General Manager Matt Jordan. “It took a lot of hard work and cooperation from each club to work together to plan and we are all hopeful that this can grow into an annual event that the Texas soccer community can be proud of.”

The match against FC Dallas on April 10 will be open to fans and will be included for Dynamo365 season ticket members as a complimentary match as part of their 2021 Membership. Tickets will be distributed electronically and members will receive tickets in the same temporary location as their seats for Welcome Back to BBVA Stadium night on April 16 against the San Jose Earthquakes.

Fans can stream the opening match of La Copita on April 3 and the final match on April 10 against FC Dallas on HoustonDynamo.com/Live. Glenn Davis and Eddie Robinson will call the match from BBVA Stadium on April 10 to kick off their 10th season as a broadcast team.

The Dynamo will play a pair of tune-up matches in front of fans prior to La Copita. On March 24, they will take on FC Tulsa in College Station at Ellis Field, the home of Texas A&M Soccer, at 4 p.m.; and on March 31 against Austin Bold FC at BBVA Stadium in a 1 p.m. kickoff. Both matches are free and open to the public. BBVA Stadium recently announced updated fan safety protocols that are available here. Fans can register for free tickets to both matches at BBVA Stadium here. The match at Ellis Field will be open on a general-admission basis and will follow Texas A&M’s COVID health and safety protocols.

La Copita will feature traditional 90-minute games and winners will receive three points for a victory. Penalty kicks will be used to resolve draws and the team victorious following the shootout will earn two points, while the losing team will earn a point. Teams may choose to play additional minutes following the two 45-minute halves, but any additional time will not reflect in the tournament results.

The winner of the inaugural “Best Little Tournament in Texas” will be decided by points. The round-robin style tournament will include FIFA tiebreakers beginning with goal difference in all matches and followed by the greatest number of goals scored in all matches. If teams remain equal the tournament will be decided by the greatest number of points obtained in matches between the teams disputing the top spot. Followed by the goal difference from the matches between the teams concerned. Two additional remedies will be available should the teams reach a deadlock, beginning with awarding the top spot to the team with the greater number of goals scored in the matches between teams involved in the impasse. Finally, a drawing of lots may be held by the tournament committee.

Teams will be allowed unlimited substitutions in tournament play, though players will not be allowed to re-enter after exiting a match. Teams may stop the game throughout the first half for substitutions and are limited to three windows in the second half to make changes. Players participating in the tournament are not required to be on the official club roster.

The full Dynamo preseason schedule can be found below.

• Discuss this story on the Major League Soccer message board…

The opinions expressed in this release are those of the organization issuing it, and do not necessarily reflect the thoughts or opinions of OurSports Central or its staff.

Due to scheduled system maintenance, Online Banking, Mobile Banking, ATM Banking and 1-844-BBVAUSA, may be unavailable Sunday, Aug 9 from 2:00 a.m. until 4:00 a.m. CT. In order to minimize disruption to our customers we schedule maintenance at times during which these systems are least likely to be used. At BBVA, we value your business […]

Dynamo/Dash Delivery: Houston Dash provide their own fireworks in a 2-0 win

© AP Photo/Rick BowmerThe Houston Dash provided a few of their own fireworks in a 2-0 win over the OL Reign, celebrating the 4th of July in grand style. Newcomer Shea Groom provided the spark with a goal and an assist in the win. It was Groom’s nifty back heel pass to an onrushing Kristie […] 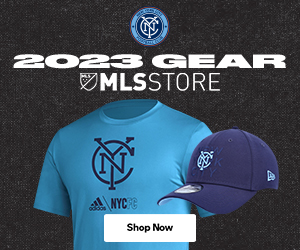