MONTREAL — Those who tattooed the Montreal Impact logo on their bodies will now have to consider whether they want to add the team’s new brand for consistency, as the team announced it will now be going by Club de Foot Montreal (CF MTL) for the upcoming season.

The Major League Soccer team announced its new brand Thursday after months of rumours that it was rebranding.

“Football is more established than ever in Montreal, and its history, which dates to the late 1800s, continues to evolve with this announcement. We wanted to connect our identity even more strongly to that of our city. We were inspired by Montréal and its supporters to create this local Montreal brand image, made by Montrealers, to state that we are here to stay”, said club co-creative Justin Kingsley.

A range of groups from Parti Quebecois politicians to the club’s Ultra fans reacted in December to reports that the team would change its name to Montreal FC. PQ leader Paul St-Pierre Plamondon voiced his appreciation of the new name on social media Thursday.

New team president Kevin Gilmore has pushed for modernization. He has said before that the Impact should behave like the big-market soccer clubs — the type of clubs that often have much simpler names.

During a news conference Thursday, Gilmore explained how the new name works in both languages.

“It’s common practice in Montreal for people in French to refer to the sport as foot. ‘On va jouer au foot. On regarde le foot.'” said Gilmore. “Anglophones, sometimes, often refer to it as ‘footy.’ So let’s assume that. Let’s assume that as part of our name.”

The Montreal Impact Ultras launched a petition to halt any talk of a name change and garnered over 2,000 online signatures on change.org.

The supporters’ association said the 28-year history of the name dates back to Montreal’s North American Soccer League days.

“During this time the name has become loved by the Impact fans and is an important part of our identity,” reads a statement from the association. “The Association des Supporters does not see any justification for changing our beloved name especially as a marketing decision taken without the consultation of the most important element of the club, its fans!”

“I understand how you feel. I love the Impact,” he said. “But the reality is this: to make an impact, we need to retire the Impact.”

Montreal is the 10th MLS team to rebrand since the league’s inception in 1996.

In addition to Montreal’s Ultras, fans reacted with mixed emotions to the rebranding.

“Montreal went from Impact to Club Feet?” wrote one Twitter user. “This rebrand is an upgrade?”

Don’t care if that’s bad french, all I can think of now is this is Clubbed Foot Montreal, and that’s not really great.#CFMTL

Some social media users pointed to the new snowflake logo’s striking similarity to the City of Bloomington, Indiana’s logo.

Gilmore knew the reaction would be strong, and said the organization wanted the rebrand to connect the team more to the city.

“We knew that the reaction would be mixed and there would be a lot of people who don’t like it,” he said. “You will have more detractors on social media speaking about than those that like the name.”

The MLS is Back Tournament is well underway in Orlando, Florida, and today’s schedule sees the return of the Canadian Classique as Montreal Impact take on Toronto FC. Follow along with all of the action wherever you are with our Montreal vs Toronto live stream guide. Both teams are taking part in their second MLS […]

Welcome to the discussion. <p>Please log in, or sign up for a new, free account to read or post comments.</p> <p>Keep it Clean. Please avoid obscene, vulgar, lewd, racist or sexually-oriented language.<br />PLEASE TURN OFF YOUR CAPS LOCK.<br />Don’t Threaten. Threats of harming another person will not be tolerated.<br />Be Truthful. Don’t knowingly lie about […]

Article content continued But there was nothing he could do three minutes later on Gil’s left-footed volley, low to the far post, following a pass from Bou. It was Gil’s first goal this season, having played sparingly after undergoing surgery on his left Achilles. New England clearly enjoyed a wide territorial advantage through the opening […] 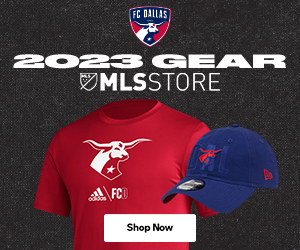