46’—We’re back! No subs for the Reds. Our bonus question on the prediction league is when will Greg Vanney use his first substitution tonight? I guessed 51’, but we’ll see.

“Is it just me or… does this team need to shoot more? I feel like we get ourselves into good shooting positions often but then we chose to look for one more pass instead of just taking a crack at goal”

It’s not just you, Bandwagonfan15.

HT: Toronto FC 1 – 1 Vancouver Whitecaps — That was not what we expected. How are we feeling after that ‘45?

45+1—Chance! We almost just had another PP screamer. What a save by Hasal.

44’—Can’t hit Pablo Piatti like that. Show some respect to the former La Liga star. Yellow card to Adnan.

41’—Auro Jr. lying underneath the wall on a Saturday night in Vancouver is a mood only real TFC fans will understand.

38’—This isn’t really a knock on Jozy because they’re different players, but watching Ayo Akinola up top is rejuvenating. His ability to just constantly make smart runs in behind the back line is awesome to see. If he can keep it up for the course of the match, he’s going to be a real problem for defenders and likely create countless opportunities.

36’—So these are the Vancouver Whitecaps, eh? Welcome to the competition.

30’—End-to-end action here ends with Omar Gonzalez having to make a crucial clearance. This is more like what we expected those first two matches to be like!

25’—GOAL! Toronto FC 1 – 1 Vancouver — OSO! Wearing the captain’s armband, Jonathan Osorio gets onto the Pozuelo cross at the far post and finishes. Great finish from the Canadian international! We’ve got a match.

24’—CHANCE! Some great build up play again finds Piatti in the middle, but his strike is stopped by the VWFC GK. I’m not worried… yet.

17’—GOAL! Vancouver 1 – 0 TFC — Wait, what? On the break, the Whitecaps put in a great out-swinging cross to find Canadian international Lucas Cavallini at the back post for his first goal as a Whitecap. Q had no chance on the header there. Yikes.

15’—Liam Fraser. Keeping possession = keeping the TFC attack alive. He, Poz and Piatti have some swagger about ‘em tonight. When you play on turf, you know there’s not going to be any bounces. The ball is going to skid nicely. You play with a certain certainty, and when you have a touch (like the aforementioned do), you can excel.

10’—With Michael Bradley (knee) absent and Jozy Altidore on the bench, Oso wears the captain’s armband for the Reds tonight. Greg Vanney called him the epitome of the organization last week.

6’—CHANCE! Pablo Piatti finds some space down the right hand side after some intricate build-up play, finds Pozuelo, who probably could’ve shot, but instead elects to cross, however Osorio’s effort somehow deflects wide. The Reds looking dangerous early on.

2’—Just saw this. Liam’s ready. We know he loves playing his former club. He has some swagger on the turf.

1’—Everyone takes a knee before opening kickoff. And off we go. Any way we can we get rid of that Bell logo in the middle of the field?

9:37 p.m. EST—Enough is enough. As we continue to raise awareness towards the fight against racial injustice, Toronto FC and Vancouver players come together, line up at half before opening kickoff to say “enough is enough”. First time I’m seeing the BLM message communicated this way—TFC continue to be innovative.

9:33 p.m. EST—The Canadian Championship standings heading into tonight’s match. The Reds have only Montreal left on Sept. 9 after this one. Opening kickoff coming up soon.

9:26 p.m. EST—Tonight’s scoreline is honestly a tough one to predict. TFC are traveling to the west coast, we know how much they’ve struggled there in the past. VWFC are obviously at home and looking to prove a point. They’re lining up a bit differently than we’ve seen in the past, so maybe they’re prepared. But then again, we think back to the previous two games and they were just dominated by the Reds. Who knows how this one is going to turn out, but like I mentioned, there’s no room for error!

9:13 p.m. EST—Make sure to leave your final scoreline guesses in our Prediction League! While your there, don’t forget to take a peak at who’s in first!

9:10 p.m. EST—Sorry for the late GDT. The Toronto Raptors need all of our energy right now.

9:00 p.m. EST—Good evening TFC faithful! We know if you’re tuning in tonight, you’re a real one. The Reds need all three points tonight if they want to keep pace with Montreal for the 2020 Canadian Championship. With only two games remaining, resident numbers expert Martyn Bailey painted out the nine different possible outcomes for TFC here. (Spoiler: there’s no room for error!)

And for the bad guys… that’s a different way of parking the bus.

ST.JOHN’S, Canada— With the Reds no longer streaking, Toronto FC head west to face the Vancouver Whitecaps, as they look to get back on track and put themselves in the driver’s seat for a Voyageurs Cup final berth.

It was TFC’s ‘401 Derby’ counterpart, the Montreal Impact, who brought their 18 match regular season unbeaten run to an end when they topped the Reds 1-0 at BMO this past Monday evening.

Some six days earlier it was the Whitecaps falling to Thierry Henry’s Impact side by a 2-0 scoreline at Stade Saputo. The result was Vancouver’s third straight loss and their third consecutive match without a goal.

Back home in beautiful British Columbia, the Caps might be adding some firepower to their front line that was missing dearly on their trek out East. Having not made the trip to Toronto on somewhat strange terms, Fredy Montero has trained with the team throughout the week and may be available for Vancouver this weekend and moving forward.

Vancouver could get more support at the other end of the pitch as well, as defender Erik Godoy and midfielder Janio Bikel are nearing match fitness and could be available against TFC, likely in a substitute role for now.

Fitness concerns start at the very top for the Reds as captain Michael Bradley suffered an MCL strain against Montreal and will miss at least a few weeks as a result.

MB4 joins Patrick Mullins and Ifunanyachi Achara on the sidelines with the former nursing a hamstring injury that has him listed as ‘week to week’, while the latter continues to rehab the significant knee injury that will hold him out of action for the remainder of the season.

Richie Laryea missed out against the Impact with an ankle injury but could potentially be available this weekend off the bench as the extent of the knock is not deemed to be serious.

Bradley’s pain could be the gain of one of TFC’s more intriguing young players as Canadian Liam Fraser could slot into the starting XI in place of the skipper according to Greg Vanney.

For Marc Dos Santos and Co., the chance to play at home for the first time since March 1st offers a glimmer of hope as they look to sort out the offensive struggles that saw them return to Van City a frustrated group.

After dropping a pivotal home clash with Montreal, there is no room for error on this West Coast road trip for TFC, particularly with the Impact having home-field advantage next week for what could be the decisive contest in the race for a place in the Canadian Championship final.

With both teams coming into this one needing a result for very different reasons, it should make for a hotly contested all-Canadian clash at BC Place.

The Galaxy rued early missed chances, and just like in previous years, the wheels fell off the bus in the second half. FULL STORY 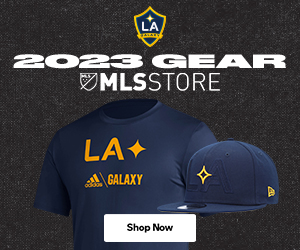